SuperSport United Soccer Schools competed in the Norkem Park Primary Soccer Festival the end of May.

The boys played really well, winning all six of their games in their pool on Friday and Saturday. They then competed in the semi-final against Birch Acres Primary, on Sunday, and won the game 3-2.

In the final, against Cresslawn Primary, the boys played some lovely football, winning the game 6-0. 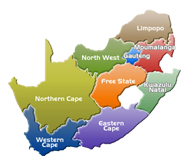